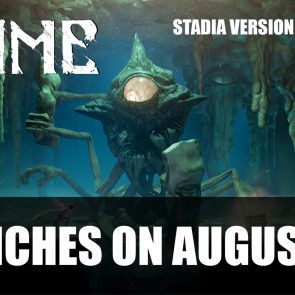 Developer Clover Bite has announced they will be adding Stadia as one of the platforms for the launch of upcoming Action-Adventure RPG Grime, launching on August 2nd.

Grime the upcoming anatomical horror with a souls-like experience has been announced by developer Clover Bite to be adding the Stadia version to its launch platforms. The Action-RPG will be coming to PC via Steam, GOG and Epic Games Store as well as Stadia on August 2nd.

In case you missed it, Grime is a Metroidvania souls-like which is a surreal mix of anatomical horror visuals with challenging combat. Players will take up living weapons which are made from creatures that can mutate during combat, including the likes of clawing swords to centipede whips. The game has a unique mechanic where you can hunt down enemies and then absorb them to improve your skills, adding plenty of customisation to your playstyle.

Previously Clover Bite revealed some of the game’s combat mechanics including a black hole that can suck enemies in, letting the player gain their power and use them to attack. This handy power also can be used to traverse the world. The game offers other features such as some challenging platforming, exploration, and lets you uncover a number of secrets. You may also discover more about the alien world’s lore.

Grime will release on PC via Steam, GOG and Epic Games Store as well as Stadia on August 2nd.