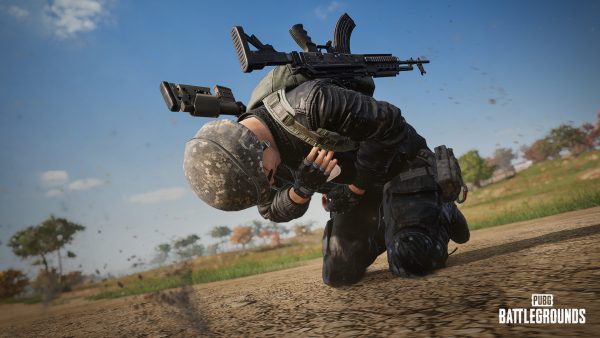 PUBG is evolving with its biggest patch in months.

Today sees the release of PUBG‘s update 12.2, which is live on PC test servers. The patch brings a number of notable additions to the game, but probably its biggest piece of content is the new map: Taego.

As previously announced, Taego is the game’s first 8x8km map since Miramar. Set in Korea, Taego is similar to Erangel, with varied terrain and a mix of metropolitan and rural areas, including housing compounds and dense towns. The developer is using Taego to introduce a couple of new features to PUBG.

First, Taego will feature the game’s first wildlife, taking the form of two species of birds, which react to gunfire and player movement, meaning they could be used tactically like in Hunt: Showdown.

Taego is also introducing two new game mechanics. Comeback BR is a new mechanic, available only on Taego for squads, that allows players a chance to come back to the match if they were eliminated during the first Blue Zone phase. Players who die at that stage are transported to the Comeback Arena,, where players will fight for the right to re-join the game.

Though it does sound like Warzone’s Gulag, it actually works quite differently. Rather than pit you against another player in a 1v1 match, the arena acts as its own micro-match where players are free to scavenge for loot as they try to survive by any means necessary. The Comeback Arena won’t feature any AI bots, and dying there will send you back to the main menu. If you manage to run down the clock, you and other survivors will be sent back to the main match with all the loot you acquired in the arena.

Separate from that is the Self AED, a new item that’s also exclusive to Taego. This kit can be found as loot around the map, and it lets you pick yourself up from a DBNO state. It’s available in solo and squad matches.

Alongside these new mechanics, Taego also adds new weapons to PUBG. There’s the K2 assault rifle, a Korean 5.56 weapon, and the Mk12 DMR, another 5.56 weapon. Both spawn as world loot in Taego.

Keeping with the Korean theme, Taego’s vehicle is, of course, a Hyundai. In fact, it’s based on the Hyundai Pony. The in-game Hyundai Pony Coupe is an all-wheel drive four-seater with a maximum speed of 150km/h. Backseat passengers, however, cannot shoot out of the car.

Another new addition with patch 12.2 is Your Shop, a new store with personalised picks for every player, which come with varying discounts. The new patch, of course, kicks off a new season with its own battle pass.

Patch 12.2 arrives next week on PC live servers, and the week after that on consoles.