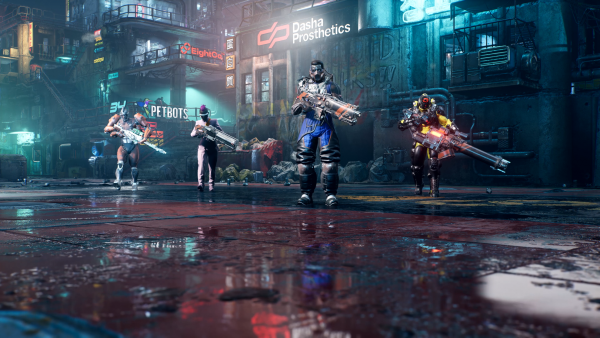 Apparently, the Steam version of The Ascent and the PC version available through Game Pass are not the same.

This is according to players of The Ascent on PC that noticed the Game Pass version does not support Nvidia’s DLSS and that ray tracing doesn’t work.

Seems Neon Giant is on the case though, as it has stated it is working to bring the two versions to parity.

“It is being looked at, with the intent fortnite v bucks generator of fixing it/bringing it to parity with Steam across the board,” said studio co-founder Tor Frick on Twitter.

“We are working with our partners on addressing this as soon as we can. Build processes are different for the two versions, not just a storefront swap” (thanks, Eurogamer).

If you are interested in giving the game a try, be sure to look over Sherif’s review where he calls the game a “consistently stunning and surprising action game that sets a new standard.” You can also look over our reviews round-up to see what other critics thought of The Ascent.

Already own the game and having a bit of trouble? We’re here to help. Here’s our page on character builds and how skill points and attributes work. That should get you started. We also tell you the best weapons and augmentations we have found so far, we also provide information on Cyberdeck upgrades, and we even have a page explaining how to save, navigate, and fight your way to the top.

The post The Ascent developers working to bring DLSS to PC version on Game Pass appeared first on VG247.